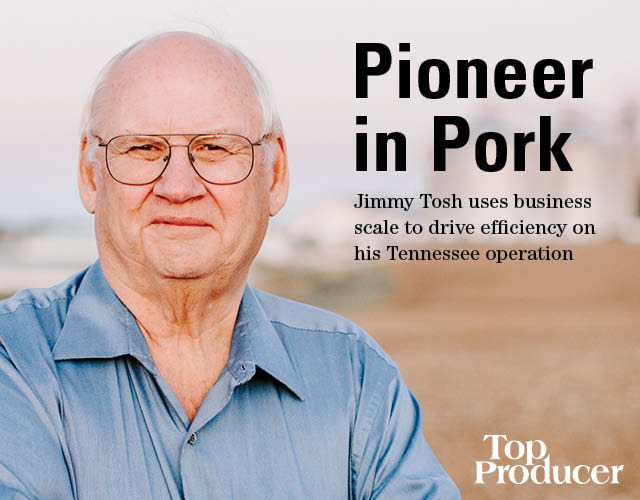 In an age where technology and farming are ever-evolving to mechanize so many of the processes that have been around for generations, it can be easy to lose sight of the soul inherent to agriculture. Livestock farming has supported America for centuries, and the founders driving its success have not shied away from the development of their industry. If anything, they have learned, now more than ever, how to adapt and bring unique insight to a facility to craft the best business and provide the best product they can. That’s the kind of story that Jimmy Tosh, the founder of Tosh Farms®, shares to show how he’s stayed afloat and successful in an increasingly competitive pork industry.

Farming is often a skill passed down from one family member to another, and as a third-generation farmer, Tosh is a prime example of that phenomenon. Tosh’s family began farming in 1913, when his grandfather moved to Tennessee’s Henry county and purchased his first farm. He eventually had four children, one of whom was Tosh’s father, who chose to continue the trade. For years, Tosh’s father ran a home farm, feed mill, and dairy, among other things. However, after he became paralyzed from a stroke and heart attack in 1955, the family had to sell the dairy and focus on running their home farm. This environment is where Tosh himself, brought up working the family business, focused his attention on beef cows and a few hogs.

In 1972, Tosh earned a BS in Animal Science from the University of Tennessee while commuting back and forth between class and his growing farm, but his education was not without hardship. In 1970, he lost his mother in a car accident, and the year of Tosh’s college graduation, his father passed away too. Even so, he returned to the farm after school to manage the several thousand feeder pigs kept there and continued to do so through the 80s, despite that it was a difficult time for the industry. The scale of his previous operations, however, changed drastically as the years went on. 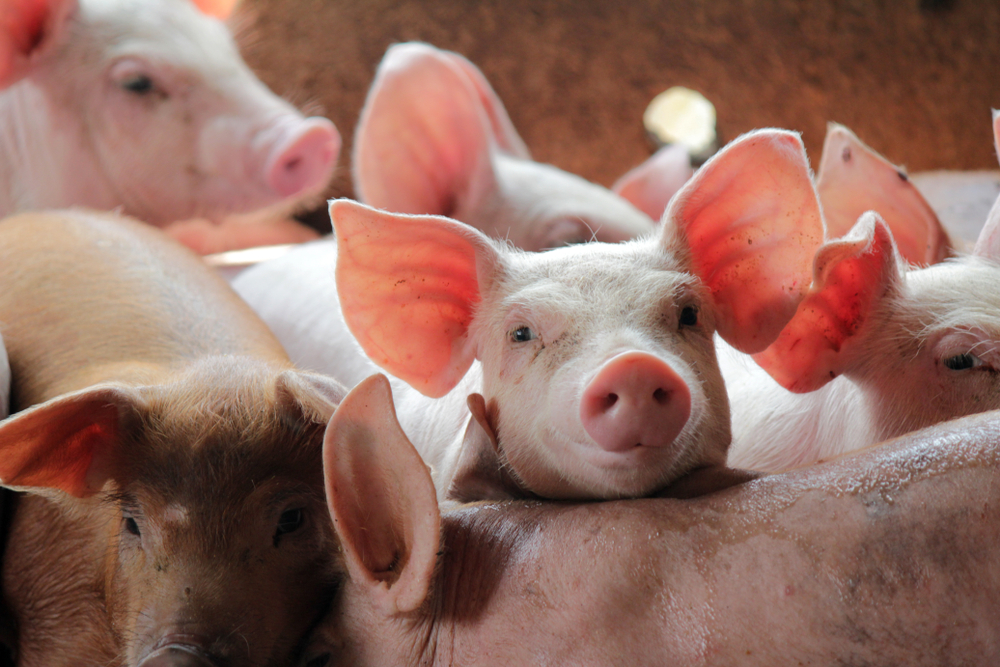 What flipped the switch?

In the mid-90s, Tosh took a trip to North Carolina with Randy Stoecker and observed Murphy Family Farms® and their systems for producing pigs. “After that trip, I said ‘well I can do this! I can do what they’re trying to do.’” He began with a contract pig nursery and was the first in his area to do so. From there, his business “just kept growing.” Despite starting in 1994 with no sows to his name, by continuing to be a contractee and work with nearby, smaller producers he was able to maintain his momentum. This hard work has accumulated into the business Tosh oversees today, including 19,000 acres of land, 36,000 sows, and a new generation that is “involved in the farm. That’s been one of the most satisfying parts of the operation.” Regarding the future of his business, Tosh is confident. “I do have a good set of employees and two good kids, and I think the farm will be in good hands.”

Overall, Tosh says of his journey that “It’s been an interesting experience. I just enjoy what I’m doing.” 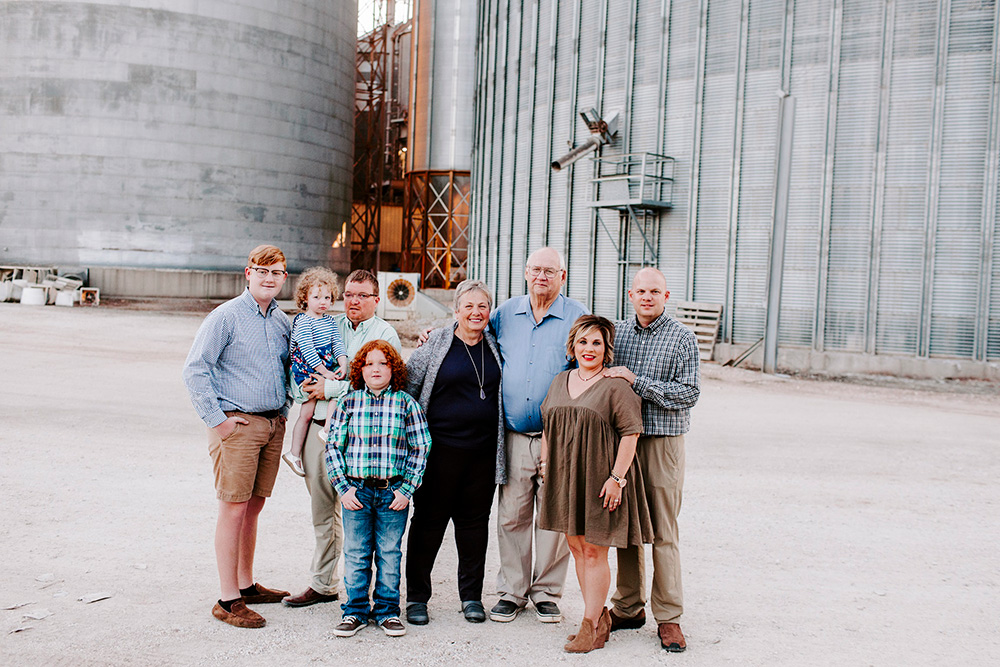 Tosh Farms now consists of wean to finish facilities, and while they of course juggle the many responsibilities that come with managing livestock, one of the more unique approaches they take to their work comes with their involvement of byproducts. Around 2006, pig farmers experienced a hike in grain prices due to increased calls for ethanol production. Rather than struggle to make ends meet with traditional feed, already more expensive in Tennessee than in the Midwest, Tosh says that his farms were “able to overcome that with byproducts” and that doing so was a “lifesaver.”

So, what kind of byproducts is Tosh talking about? Well, it may seem unusual to the casual observer, but pigs aren’t picky eaters, meaning they can be fed excesses of household names that can’t be fed to humans. “Never in my life did I ever think I’d see a twenty-foot pile of Rice Krispies,” laughs SwineTech® CEO and Popular Pig® host Matthew Rooda about his time visiting Tosh Farms. Among other things, Tosh’s sows happily eat fortune cookies, Captain Crunch®, Starbursts®, and most often, dog food. In fact, at the time of Tosh speaking on the Popular Pig podcast, the latest item being fed to his pigs was Butterfinger® candies. Tosh Farms originally established the relationship that enables this method with just one packing company, but when it went out of business, they were able to pivot, contract more, and continue with its cost-effective innovation. 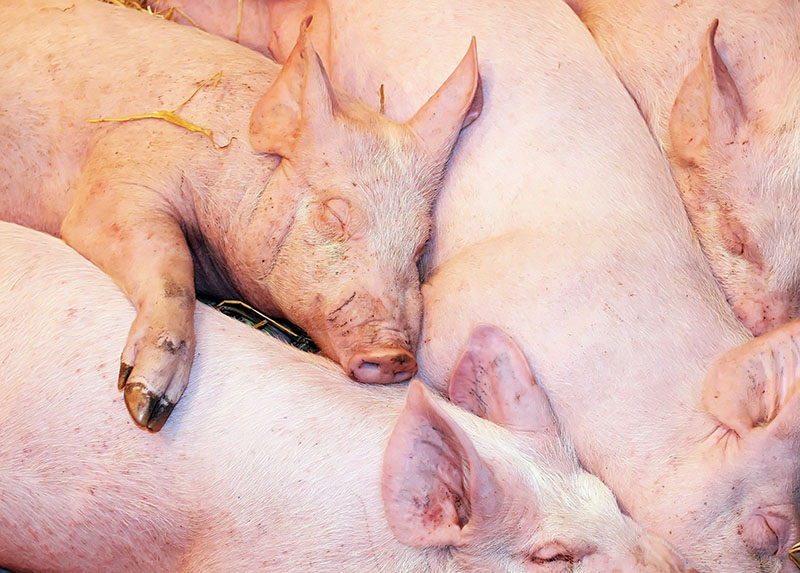 That said, undeniably, times in the industry can be tough. From grain prices to the adoption of legislation like Prop 12, pork producers have plenty of obstacles to navigate. However, by making smart choices about the materials they use in their facilities, the business stays afloat and keeps Tosh Farms ahead of the competition.

Agriculture and the pork industry at large have been fueling the American economy for centuries, and there’s no reason it should stop now, especially not with the constant development of new technology and methods meant to make farmers’ jobs more practical, efficient, and sustainable. Tosh Farms is just one case of a farm adapting and thriving with the passage of time, but it is an example the rest of the industry can follow as it moves forward.