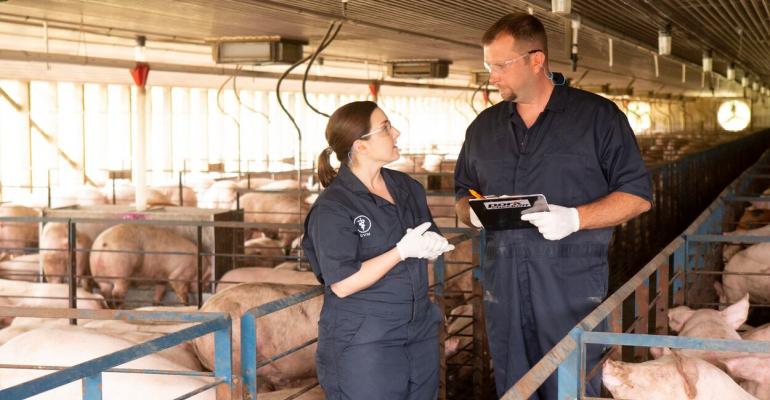 Understand your team, prioritize relationships over results, and be just as bought in as you expect others to be.

I don’t know if it was when he lit it or the moment he put the cigarette out on the slat was when I realized the true art of change is a little more of a climb than I thought … his barn … his rules.

At 25 years old I embarked on my first role in the swine industry. Ambitious to support my production team in improving the safety performance and culture surrounding us there was only one issue … the only change I successfully led was for my wife to buy Great Value branded mac and cheese, which by the way ended in mutiny.

Through growth, repeated failures and learning the value of true listening I would like to bring you three mistakes you should probably avoid as well as the much less painful alternatives.

First, I failed to understand everyone and how they got there.

Before you start using the whole “right people on the bus” line, here are a couple things to keep in mind. They all have a different seat (viewpoint) and came on at a different time (experience with change). While you’re all headed to the same place it can look quite different and sometimes feel different as well on the trip. Many are motion sick from change that was and wasn’t deemed successful. It’s your job to make sure their ride is as meaningful as possible and if they go over a bump … you better let them know that’s not a wheel that fell off.

Second, Protecting the relationship was second to the result.

If you’re familiar with the DISC personality set, the “D” being for “dominance” also happens to be my highest score. For reference these are your results-oriented people on your team that may need a friendly reminder sometimes that not everyone is ready to burn the ships all the time.

We had a lot of ground to make up at the company (from my initial and also inexperienced perception) and therefore we needed to go from zero to 60 yesterday. Let’s just say my team gladly put me in check on this one. Fortunately I was in a support role that could well … be optional. For those that are in a production leadership role or have direct reports it can be more dangerous with the ability to push, drag or pull your team to the change. So unless you want to be managing more than one area or farm at a time, always put the relationship first. The results will come and your people will stay.

And lastly, I gave up too easily.

It’s extremely hard to stay consistent on progressing change through trying to manage relationships, results and keeping the change moving forward even if it feels like it’s not. This being said, in the very beginning I gave up on some items and when talking to myself I used words and phrases like “they won’t,” “it won’t change,” or “I have tried everything.” Well suck it up buttercup you’re getting a taste of your own medicine.

When you initiated the change or were assigned a certain level of accountability for making sure it was successful you probably used the words “nothing worth having comes easy” or something close. Which is true … it just applies to you more than anyone. So take a breath, quit feeling sorry for yourself, and if you saw true value and benefit in the beginning then it still exists and your team deserves it. So keep taking small steps along in movement for improvement and never give up.

In conclusion, while it may be tempting to try my initial path I would suggest understanding your team and each person, prioritizing relationships over results, and being just as bought in as you expect others to be. Most importantly … don’t buy generic brand mac and cheese.

SwineTech, Inc. is an award-winning technology company headquartered in Solon, Iowa, whose core focus is to offer innovative solutions that create a more stable, sustainable, and transparent livestock industry.