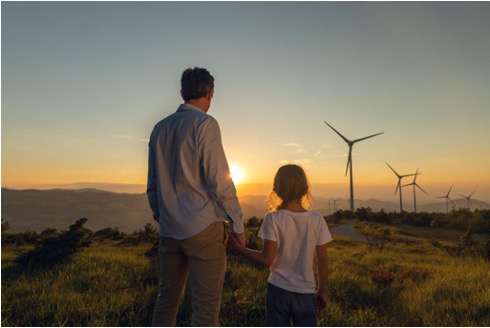 In recent years, debates over how to maintain the environment have become increasingly heated. From energy consumption to food production to even clothing manufacturing, society’s consumers are becoming ever more concerned with how to preserve the earth for future generations. In America alone, studies show that 61% of consumers rate sustainability as an important purchase criterion, but what does “sustainability” even mean? It’s a difficult word to pin down, let alone across industries, and doing so only becomes more difficult as the buzz around the topic grows. Even so, in an age where technology is at people’s fingertips, consumers are more informed and opinionated than ever about their purchases, and brands must put in the legwork to create definitions that resonate with them. Through an examination of pork production, Bill Even and Gene Noem of the National Pork Board® take a deep dive into genuine sustainability and what it means for a long-standing industry and its straightforward product: real pork for real people. 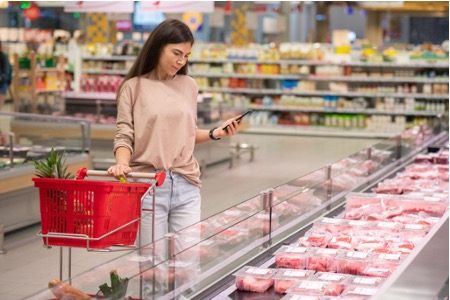 The Pork Board of Old Is Dead

For the American pork industry, sustainability starts with a shift from Pork Board’s old methods to a more relevant and contemporary approach. “Why is the Pork Board of old dead?” asks SwineTech® CEO and Popular Pig® host Matthew Rooda, and there’s certainly an answer to that question. Noem attributes much of the change to the COVID-19 pandemic.  When grocery stores were barren, people started thinking about their food and wondering more about how it was produced, and that public consciousness demanded a transition from the pork industry. Where before pork executives angled to create subsidies and coupons for pork, a shift has been made to an approach that’s both more direct and more fluid. Rather than setting a five-year plan for the directives of the Board, the norm through the 2010s, there is now an annual prioritization process in place along with six ethical principles of what’s called the We Care Commitment®. These include a dedication to the following:

As Noem puts it, “We Care is a framework…for our producers to start thinking about how they tell the story of sustainability that all these larger organizations have people staffed to do.” Furthermore, by following We Care, producers contribute to Real Pork®, another idea from the Board that emphasizes high-quality meat from high-quality sources. When farms follow these simple but crucial ideas, results follow, building on trust between supplier and consumer to create a brighter future.

Although the National Pork Board is now taking more active measures to improve sustainability in pig care, many farms have started incorporating those ideals without even realizing it. Many farms curious about but unsure how to execute the concept of sustainability have long been taking measures as apparent as using LED lights. When Noem remarks to said farmers about the cost of those, they admit that they’re expensive but that the lights also “‘operate on less electricity and they last longer.”’ Noem then asks “‘Do you know that’s what the big box stores are talking about as sustainable?’” The farmers don’t! They’re amazed, especially considering that they’re already taking other similar measures across their facilities, and the Pork Board has a vested interest in exploring how to keep that ball rolling. 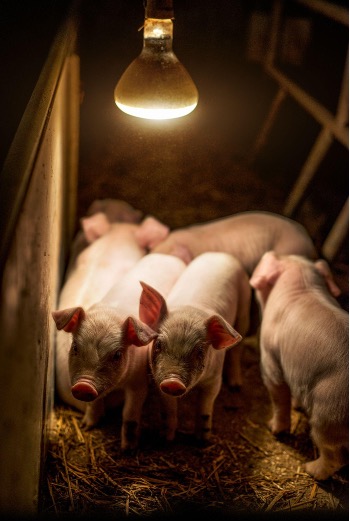 In one case, Noem describes a task force he’s on that identifies and measures inefficiencies in the life cycle of nutrients in pig farming. Corn is fed to pigs that make manure that grows corn and so on, but how can producers control how much nitrogen is released in that cycle? What products can producers change to get ever closer to the carbon-neutral ideal? “How can we help farmers make better choices so that this ‘real sustainable’…is not just a claim…but it’s actually a science-based decision that they’re making?” Noem asks, before explaining that the next step is to then “make a business case for them to make these kinds of choices.” It’s clear, then, that sustainability and profit are not mutually exclusive and that researching the basic processes of production is marketable. “Farming’s about doing more with less,” says Noem, and isn’t that obvious just looking at the standards the industry has set for itself? The swine industry has one product to sell: pork. By doing the math to help cultivate that product, change happens without many even realizing it, just by following We Care-aligned management plans, farm pilots, and system audits.

This has occurred to the extent that the pork industry, when measured up to other forms of meat, has a remarkably small carbon footprint. “The U.S. pork industry only contributes about less than one half of one percent of greenhouse gas emissions in the United States,” explains Even. In fact, when speaking with sustainability experts that have evaluated pork next to the beef, poultry, and seafood industries, Even has heard that “‘It appears…that the pork industry is way far ahead of everybody in understanding the fact that we’re good stewards and we’re committed to continuous improvement.’” As for what Even has to say to that, he comments that “I think that’s the big story behind We Care. This is what we believe in, and we’re going to strive every day to do it better.”

While the existence of corporate pork facilities is undeniable, the National Pork Board’s commitment to Real Pork begins with grassroots because, other than the environment, what else is real and crucial to sustain? People. Families. Community.  And pork supports a lot more of those than many realize. A whopping 98% of American pig farms are family-owned, but pork has even more ground-level involvement than that. For instance, take Tosh Farms, which is working with Hope Ministries to run a program to employ those who need a second chance at life. Farming sustains communities, and communities sustain farms. 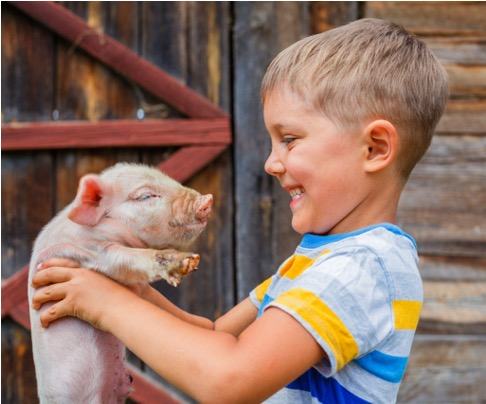 What people also don’t realize is that, even with a big name like Tyson® or Smithfield® stamped on a label in a store, the meat sitting in front of people is often grown on family farms. The existence of big companies working with family farms to get that protein to market enables an entire hog to get used on a global scale, and it helps families run successful, sustainable businesses. Rooda explained this concept to a group of University of Iowa students he mentors, and Noem draws from his example. “You have a relationship with those students, and as a result, they go, ‘You know, I trust what that person says.’ That’s the real critical part…We must have a strategy that creates trust.” And that’s what We Care and Real Pork draws on. By following the tenants of those campaigns and truly caring for people, animals, and the public, Even and Noem hope the pork industry can be a reliable figure in food production. As Noem says, “It’s something about how we treat our people and how we do the sort of things that enhance their lives…People don’t care what you know until they know that you care.”

Despite the high bar the National Pork Board, Noem, and Even have set for themselves, they’re realists about how change has to happen. Even explains that “I think it’s a myth, quite bluntly, for anybody in the sustainability position to be thinking about things less than a systems approach that’s really holistic and is looking at optimizing all these variables.” Regarding the We Care principles, he further says, “These things are all interchangeable and all interlinked as part of the living organism system that we are in, raising food.” So what does organizing that system mean? For one thing, consulting a variety of experts. 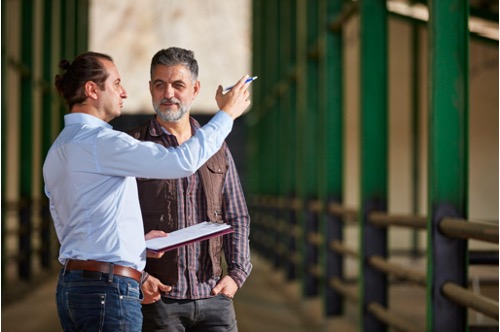 Among the advisors the Pork Board seeks are entities such as the National Pork Producers Council and the North American Meat Institute. Moreover, as a direct example of research that supports one of the We Care principles, animal well-being, the Pork Board also consults the American Association of Swine Veterinarians. Ethically, of course, producers should concern themselves with the welfare of the animals in their facilities, but there’s also a profit to be had from looking at the science behind pig care. Even as far back as 2016, findings from the Food Marketing Institute discovered that over half of Americans consider humane treatment of farm animals “very important”. Therefore, when accounting for how informed today’s consumers are, transparency about animal care can do wonders for what is “real” or not to the customer.

But how does this all come into play? In practice, how does the pork board synthesize its findings to change the market, to turn family-run, increasingly sustainable pork into profit? One of the biggest experiments that provides evidence for that question is the Pork Board’s involvement with HyVee®. Rather than falling back on coupons and subsidies, Even explains that the Pork Board presented data on the success of ground pork during the COVID-19 pandemic to HyVee, a grocery chain based out of Iowa. The Board proposed that HyVee could rearrange its meat case to better feature a variety of ground pork, and what happened when they agreed to try the model in a handful of its stores? They turned a profit. Sales spiked by 19%, and HyVee implemented the new model in their over 300 locations (to the delight of pork burger enthusiasts everywhere). It is in this manner that pork arrives to the consumer, and should a curious customer choose to investigate the story behind their meal, they would find a bureaucratic body that uses real, caring practices to provide them the nutrition they need. 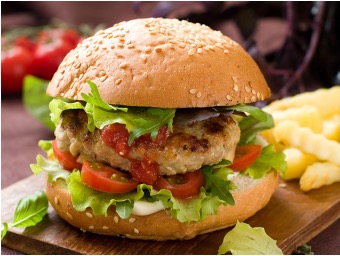 America needs protein, and the National Pork Board is prepared to both meet that demand and care for its producers. As the future bears down on businesses, agriculture will have to shift to meet changing expectations. It’s a good thing, then, that the pork industry is already preparing to sustain its success.