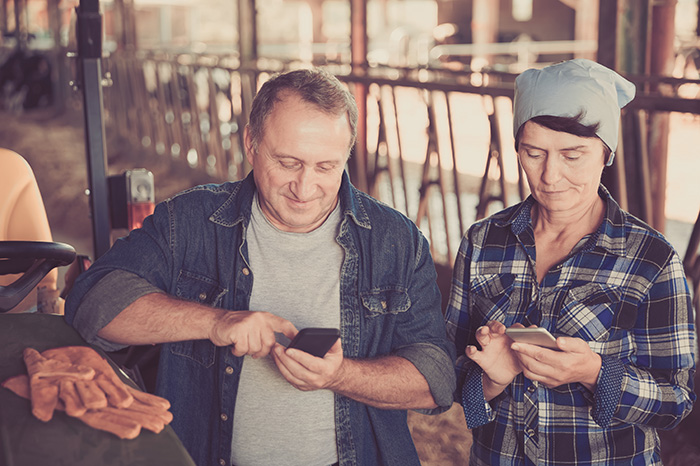 Farming has always been the crucial backbone of a successful nation, especially one as large as the United States, and it’s also always been a field built through hard work, a careful eye, and the ability to adapt. It makes sense, then, that such a key industry needs innovators looking to streamline its responsibilities. SwineTech® is an award-winning company dedicated to bringing technology into the world of pork, and their patented PigFlow® app is saving pigs one farm at a time. Pork producers Sarah Ploeg, Casey Long, Dustin Coleman, Fred Kuhr, and Zenaido Loyola and their decades of experience have weighed in on the app, and the results are in: real-time data produces real-time results.

Farming is a practice as old as civilization itself, so it’s understandable that farms may be nervous to bring new inventions into the systems that already serve them. For some, pre-PigFlow, they didn’t even have internet on the farm, and the switch from physical sow cards and bookkeeping can be daunting. The facts, however, speak for themselves.

“Onboarding was quick and simple, and I was amazed with how quickly our team picked it up,” says Kuhr. “We decided to make that switch, and things were very, very smooth,” explains Coleman, who was initially unsure about the idea. Loyola notes that for newer employees, it’s especially friendly: “The new hires are right on board…They’re working through the PigFlow like nothing.” Ploeg, head of her facility, described that she was one of the main resistors to change in her workplace; she couldn’t imagine how an app could replicate her systems of information tracking in notebooks, which she’d done for years, but she admitted that she “[has] not looked at [her] notebooks since the moment that [she] logged into PigFlow.”

There is the concern, naturally, that PigFlow, installed on phones, might be a distraction throughout the workday, but as far as Long, Coleman, Kuhr, and Loyola have seen, PigFlow’s ability to both block apps and log what employees are doing on company time prevents that issue. The extra supervision provided through PigFlow has produced better results, especially in young hires, on the sow farm that Long manages: “If you watch somebody, they tend to put their best forward every time, and I think that’s kind of what we’re seeing on my farm with a lot of our younger guys, is that they’re probably outperforming expectations because they know that we can directly see what they’re doing.”

Maybe most practically, prospective buyers also worry that tech might fall right in with the sows. It’s a warranted concern, too, because let’s face it: no one wants to clean their phone off after it falls into a pen. However, it’s not been an issue in the time Long has used the program. “We’ve been running for over a year now, and we’ve lost two in the pit,” he says, results that far exceeded his boss’s expectations of losing one every other month. Even where it does crop up, there are easy solutions to the issue of slippery fingers. Coleman says that he bought lanyards for his team members for just a few dollars from Amazon, and it has eliminated the issue.

Considering the above, PigFlow is a feasible option for bringing technology into livestock care, but how does it specifically work to benefit the animals? After all, theory only has so much place in such a hands-on environment, but the data PigFlow collects produces immediate results.

One of the biggest changes Coleman witnessed in his facility was the extra care available to sows with better time management. Before PigFlow, while his team did use physical sow cards similar to the digital ones PigFlow provides, employees would inevitably miss some sows for examinations, not because they were inattentive but simply because they thought someone had already taken a look at them. Now, using PigFlow’s farrow tracker, he asserts that “We’ve actually seen a big improvement in our sow death loss because I believe we were having some issues with sows maybe not getting finished up fast enough.” Using a less consistently maintained system, some sows got lost in the melee. With PigFlow, then, and the ability to record the tasks one accomplishes with the click of a button, sows get better, more consistent treatment. 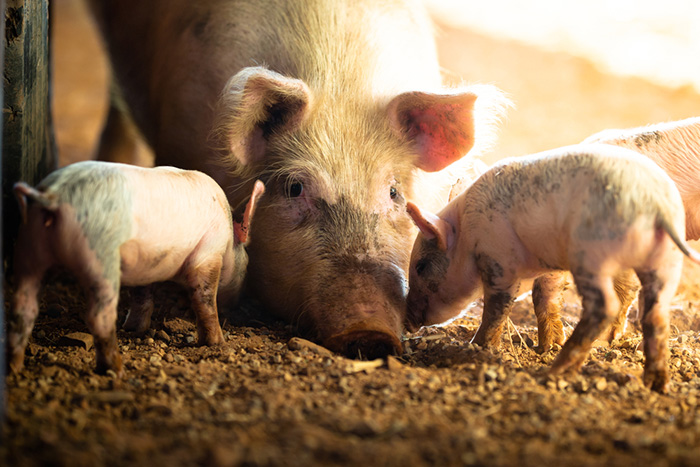 Moreover, better sow care means better piglet care. If the data shows that a sow consistently has an issue with stillbirths or is inattentive to the point of regular crushing incidents, workers know to monitor activity in her pen more attentively, further lowering mortality rates. “People can now see what is happening. Now when pre-wean mortality goes up .2% people are asking why and then are doing something about it,” Ploeg insists.

In an environment as dynamic as a sow farm facility, it can be difficult to keep every employee up to date with everything going on. The question of today’s employers is how to make their employees find meaning in their work. How do you translate the goals of your operation into action from your workers? With PigFlow, that answer begins with information at your fingertips. “We did see that, hey, if they have this device, we know they’re going to check it, so they’re constantly engaged with what they’re doing, so they’re not losing interest. They’re not getting bored,” says Coleman. Rather than fighting their employees on when is an appropriate use of phones on the job, PigFlow lets managers find use in the technology already glued to people’s hands.

Even so, farms are huge spaces, and it can be difficult to connect with every employee spread across such a large area. What should everyone be doing? How? What if they need someone to help them and they don’t already know where they are? It can result in a lot of running ragged trying to find the right people or items for the job, but PigFlow closes that distance in a matter of seconds. Long, in charge of a sizable 5000-head sow unit himself, provides an example: “If you’re looking for a home for three, four pigs you used to have to walk five, six rooms. Now you can stop right where you’re at.” 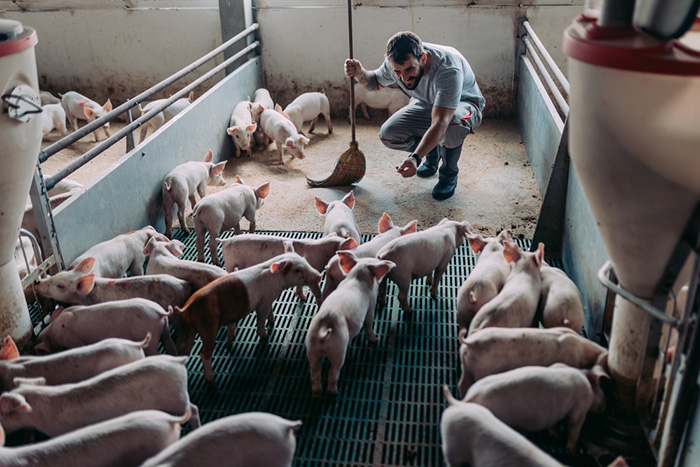 PigFlow’s ability to input and display data also keeps employees out of a back room and onto the floor. “Everything is entered as people are doing the work. No one sits in the office,” Ploeg says. By reporting directly into PigFlow, there’s no need to calculate or record data by hand, and that means less office work for everyone. More importantly, it means managers like Ploeg can spend more time with their teams, building stronger relationships and knowing more firsthand about what’s happening in their facilities.

But one might ask, isn’t there a chance that PigFlow’s extended supervision abilities might strain relations between managers and general workers? Well, it’s true that PigFlow offers employers data about what their workers are doing on their devices, but experts say that employees see the app as a resource, not a new way to micromanage. “The thing I think they really enjoy the most is that we get our task list on there, and I think it’s really helpful for, you know, if someone…[is] looking for something to do…they can check that task list and they can go help another department,” explains Coleman. 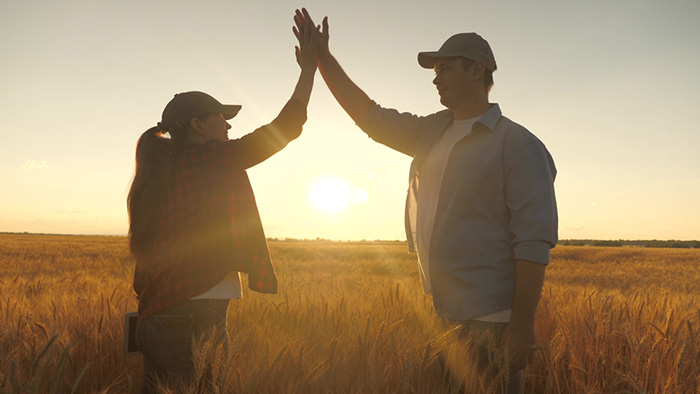 Additionally, before PigFlow, Ploeg struggled to get all her employees on the same page. Her farm published weekly reports on its activities, but only 25-50% of her team read them, let alone asked questions, and one can imagine why. In the age of social media soundbites and uber-brief content, attention spans are getting shorter and shorter. When a manager wants every member of their team to know information, a mass report just doesn’t cut it. It can be difficult on a busy farm to find time to sit down and process unwieldy paragraphs of information, so PigFlow’s ability to send timely messages about change that needs to happen that day is crucial and effective. For instance, Ploeg explains that “They take a look at it, and a lot of times in the morning, when we’re drinking coffee, showering in, people have a quick question,” and after getting an equally fast answer, “They just look at each other like, ‘Well, I’m ready to go. Are you ready to go?’”

No more hoping employees took the time to skim—PigFlow can sate the modern appetite for bite-sized information.

Everyone’s had a boss who’s struggled to communicate with their team, and where does that leave employees? Confused, fed-up, and burnt out. Being able to reach every member of a task force is key to creating a welcoming professional environment where every employee feels valued. That’s why PigFlow users can select their preferred language in the app, currently compatible with Spanish and English and soon to feature French and Portuguese. In addition, the translation chat feature can accommodate over 50 other languages. This is essential for making sure every member of a facility can speak with one another. 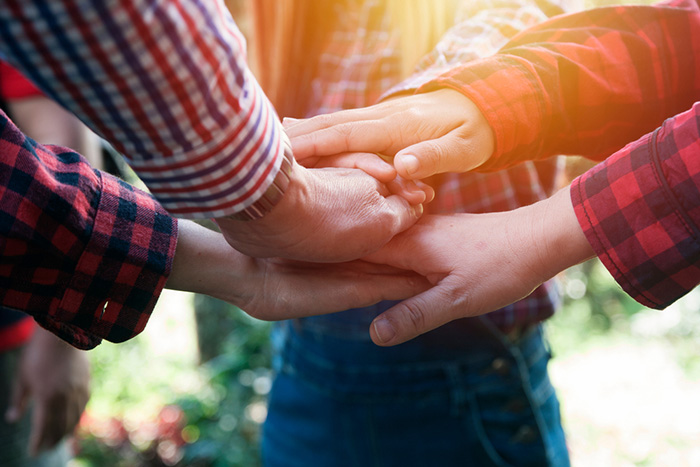 The United States workforce is constantly diversifying. As Ploeg explains, she is one of two English speakers throughout her facility. The rest are Spanish speakers, and PigFlow allows her to bridge that language barrier and communicate with her entire team. She’s not alone in the need for this technology; just look at the facts:

It should be mentioned that, since these numbers only focus on Hispanic influences on agriculture, there is even more diversity in the industry outside of where these statistics came from. Even so, all this information is to say that expecting farms to operate using just one language is becoming increasingly unrealistic. PigFlow is prepared to offer a seamless transition into embracing that shift in operations.

In the digital age, efficient data analysis is the name of the game, and with PigFlow’s ability to give every employee an easy means of data entry, farmers can see the changes happening with their livestock in real-time and adapt accordingly. America needs pork, and PigFlow is the system making traditional practices easier for the modern-day producer.

Want to stay up to date with SwineTech? Keep an eye on the Popular Pig® podcast and the rest of our blog for releases that bring you the freshest cut.