A Carbon Neutral Pork Industry is Within Reach

An industry’s carbon footprint and social responsibility are becoming more and more important when considering future goals. Therefore the pork industry must constantly push ourselves to improve and identify whether a carbon neutral pork industry is possible. Carbon neutral, also called carbon neutrality, is a term used to describe the action of organizations, businesses, and individuals taking action to remove as much carbon dioxide from the atmosphere as each put into it. The overall goal of carbon neutrality is to achieve a zero-carbon footprint. It’s a concentrated effort to produce less waste and use more renewable energy. After reduction has reached its limit, or its comfortable threshold, carbon offsets can make up for the rest. Carbon offsets are a form of trade with many variables at play.

The following article will not provide a yes or no answer to whether or not carbon neutrality is possible, but it will enlighten you in how the pork industry is taking a giant step in the right direction through the use of digital technologies.

The Foundation for a Sustainable Pork Industry has Been Laid

According to Pork Checkoff, in 1950 the average U.S. farmer supplied food to feed 26 people. Today the average U.S. farmer produces enough food to feed 155 people. Today farmers produce 262 percent more food with 2 percent fewer inputs compared with 1950. It is projected the world’s population will increase to 9-10 billion people by the year 2050 and global food production will need to increase 70-80 percent to feed that population. That means more food will have to be produced in the next 50 years than the past 10,000 years combined.

Pork production in the U.S. has an estimated $23.4 billion of gross output per year, with around 26% of the nearly 2.2 million metric tons of pork and pork products exported to other countries. That is a lot of pork! Despite the production of so much food, the industry plays a small role in total greenhouse gas emissions in the U.S. Last year, the National Pork Board reported that animal  agriculture as a whole contributed a small part to total greenhouse gas emissions in the U.S; pork production accounted for just 0.46 percent. They emphasized that the pork industry is committed to managing operations in the most environmentally responsible way possible. Conservation, recycling, land management, water quality, air quality, and manure management are areas of priority for pig farmers for continuous improvement. Today, pork producers are subject to a host of federal and state environmental regulations designed to help make this possible nationwide. Pig farmers work with officials at all levels of government to develop additional science-based rules to address the reuse and management of valuable manure-based nutrients. In addition to the incredible strides and successes already gained by pork producers, they are always on the lookout for more advanced technology and practices for further improvement.

This January, researchers, veterinarians, nutritionists, producers, and influencers within the North American Pork Industry attended the BANFF 2020 conference in Canada. It was clearly apparent that the goals of a more sustainable and productive industry are on the minds of many. These goals extended beyond the United States of America, welcoming experts from Canada, Chile, Ireland, Germany, the Netherlands, etc. According to the Pork Checkoff, with a rapidly growing population, the rise in efficiency of pork production is vital to making safe, nutritious food available to not only the U.S. but the entire world. More food will have to be produced in the next 50 years than in the past 10,000 years combined. Mark Lyons, Alltech CEO, acknowledged this and spoke about Alltech’s Planet of Plenty initiative and the role that technology will play. A Planet of Plenty is an invitation to work together, across industry sectors and geographical boundaries, to create a place where animals, plants, and people thrive in harmony. The Planet of Plenty initiative was discussed in Beijing, China during Alltech China’s 25th Anniversary, and was originally presented during Alltech’s ONE Conference in Lexington, Kentucky in 2019. During its launch, Dr. Mark Lyons and David Butler offered encouraging words about where technology can take us.

“With the adoption of new technologies and management practices, and, most of all, human ingenuity, we believe a Planet of Plenty is possible,” said Lyons. “Our Planet of Plenty vision propels our founding ACE principle into a new world of possibility, where anyone and everyone can make a positive impact on our shared planet.”

It was noted that agriculture has frequently become the scapegoat for climate change. Yet, no other industry has the potential to have a more positive impact on the Earth than the original stewards of the land.

“Agriculture is the only industry that can sequester carbon through its primary mission,” said David Butler, Alltech sustainability manager. “There are several low-tech management practices and high-tech innovations that can put carbon back into soils and forests and produce more food in the process.”

During BANFF, numerous seminars took place throughout the event with a focus around leveraging digital technology to transform the way we can operate more sustainably, communicate more effectively, as well as how we can more readily access and interpret production data.
The seminars at BANFF drove one lingering question: What is a realistic expectation for improving our carbon footprint and maintaining great animal welfare, while also improving efficiencies in pork production to feed a growing population? Is a carbon neutral pork industry achievable? Many believe that the answer lies within digital technology.

The use of technology in agriculture today has transformed modern farming. Pork producers use technology to automate processes and deliver better animal care. These technologies, along with improvements in barn design, provide the best possible environment for housing pigs throughout all stages of their lives.

In the last few years, digital technologies have entered the pork industry in a big way. We now have Wi-Fi and artificial brains in barns, cameras tracking pig growth and behavior, voice recognition to autonomously prevent piglet crushing, to name a few – as well as the ability to analyze data and learn more efficiently than ever before. Potential ag-tech unicorns are emerging and together these industry leaders may collectively transform the modern pork industry. Some of the industry’s most recognized innovations in digital agriculture include the following:

For a comprehensive list of more equipment, low-tech, and high-tech companies making an impact within livestock agriculture – and more specifically the pork industry – following this link.

The Conversation About a Carbon Neutral Pork Industry Must Begin Now

It’s obvious that these technologies can help the industry become more productive, while improving welfare, but how will digital technology assist in creating a carbon neutral pork industry? The answer is quite simple. The more efficient we are in managing growth rates, mortality rates, exchanges of information, etc. The less resources we require to raise a pound of pork. This means less water, less feed, less time, and less travel/fuel. We input less but produce more. It’s quite the Win/Win.

Are you interested in learning more about the various digital technologies leading the pork industry and their role in creating a carbon neutral pork industry? If so, register for the American Association of Swine Veterinarians (AASV 2020), taking place in Atlanta, Georgia, March 7-10, or register for the Animal AgTech Innovation Summit taking place in San Francisco on March 16.

Do you have ideas about how we can reach a carbon neutral pork industry? If so, please contact info@swinetechnologies.com or tweet @SwineTech @NPPC @Alltech #PlanetofPlenty #AgTech #Sustainability 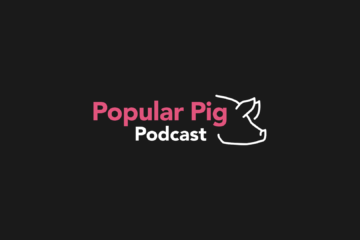 Animal Health and Agtech company to offer key insights to the modern pork industry via podcast sponsored by SwineWeb.com and Hog Hearth

Digital Technologies Are Taking Biosecurity To The Next Level

The use of biosecurity and social distancing are not new concepts to modern pork producers. Many cleaners, disinfectants, social distancing protocols (farm withdrawal timelines), and digital technologies are used to prevent the spread of disease Read more… 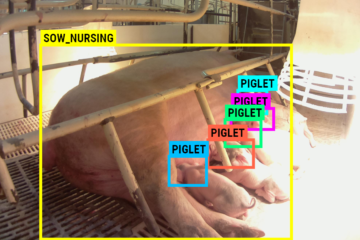